The Navy defines the jack as a flag corresponding in appearance to the union or canton of the national ensign. In the United States Navy, it is a blue flag containing a star for each state - we generally refer to this as the union jack.
Many believe that ships of the Continental Navy flew a jack consisting of alternating red and white stripes, having the image of a rattlesnake stretched out across it, with the motto "Don't Tread on Me."  However that belief, according to the US Navy, is not supported by firm evidence.

The rattlesnake image frequently used in conjunction with the motto "Don't Tread on Me," was a common symbol for the United States, its independent spirit, and its resistance to tyranny.

The Rattlesnake Jack and the Modern Navy

In May 2002, the Navy directed the use of the rattlesnake jack in place of the union jack for all ships for the duration of the Global War on Terrorism.

The Rattlesnake Jack Is Back

In February 2019, the Rattlesnake Jack made yet another comeback.  Chief of Naval Operations Admiral John Richardson directed the fleet, to return to the previous practice of flying the union jack effective 4 June 2019 - this date was selected to commemorate the greatest naval battle in history: the Battle of Midway, which began on that same date in 1942.

It should be noted that during the period in which all Navy ships flew the rattlesnake jack, USS Enterprise (CVN-65), commissioned in 1961, and USS Denver (LPD-9), commissioned in 1968, were the ships with the longest total period of active status. That honor became Blue Ridge’s when Denver was decommissioned 18 September 2014. Next in line will be USS Mount Whitney (LCC-20). 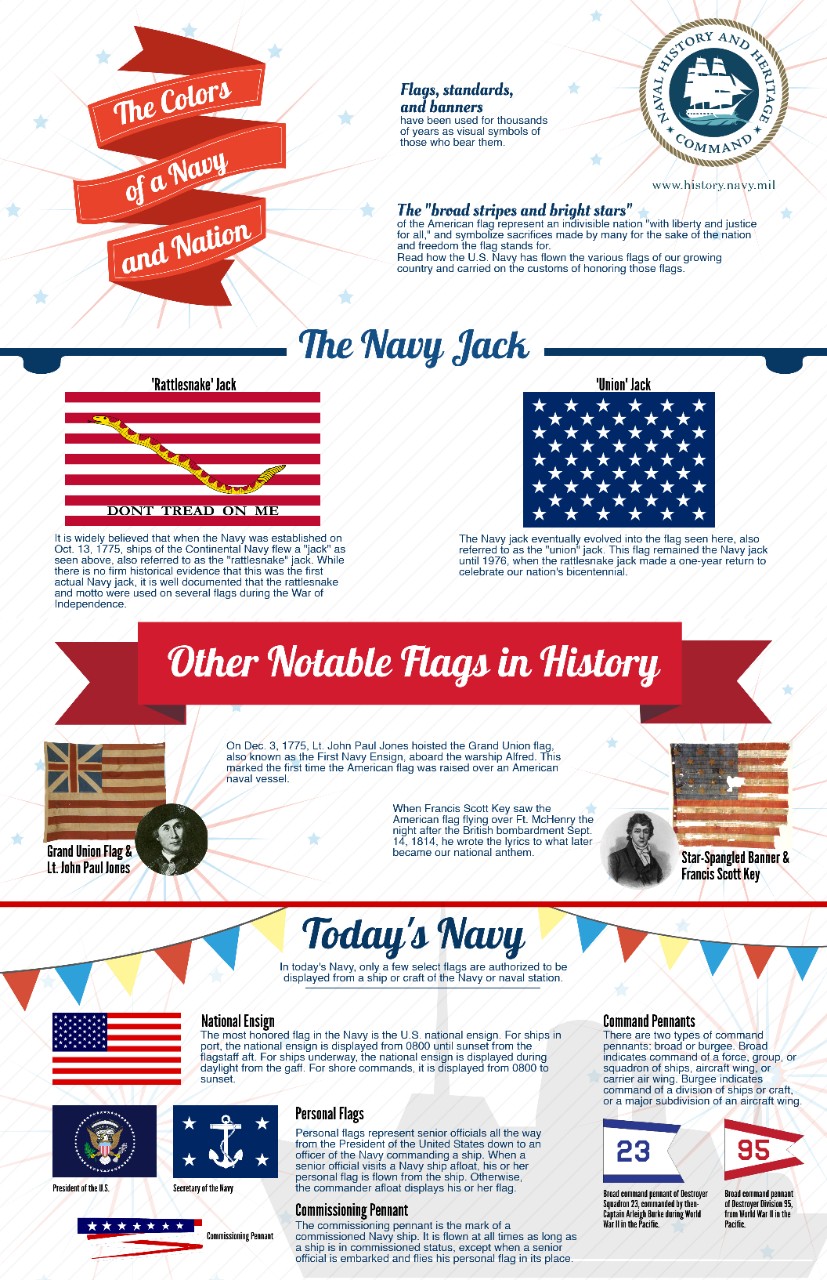 Learn more about the history of the US Navy Union Jack and Rattlesnake Jack flags on the official Navy History and Heritage Command page.

Haze Gray Apparel is proud to put the Navy Rattlesnake Jack on a some t-shirts in recognition of the long proud history of the U.S. Navy.